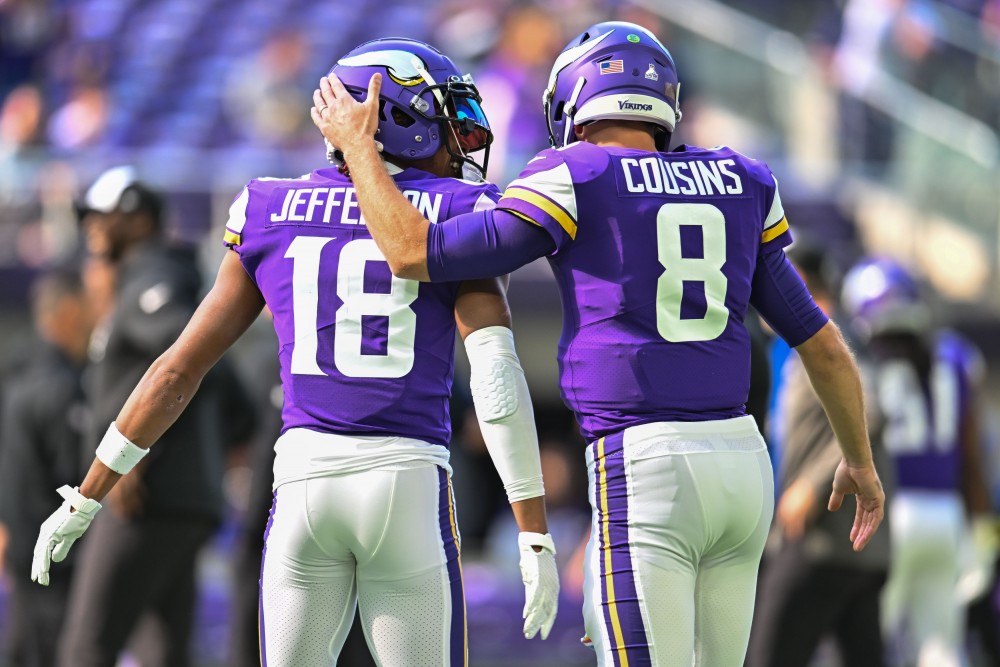 Despite showing signs of improvement, the Bears maneuvered themselves into the #1 overall pick next April. If Justin Fields is in their future, the time to start bulking up both of the trenches is now. $100M+ of cap space helps, but losing the #33 overall pick for Chase Claypool is a tough swallow in hindsight.

Nodda at this time.

Justin Jones (DT, 27)
Carries a $7.4M cap hit against just $2.5M of dead cap. Getting better on the D-Line is a priority this offseason.

Just missing the postseason will sting for a bit, but this is a team that smells blood in the NFC North, and rightfully so. With two major 1st round picks, and plenty of opportunities to restructure current deals and free up cap space, an all out offseason attack on defensive talent should already be in motion.

Jamaal Williams (RB, 27)
There’s an obvious scheme fit here, especially in that Williams’ role has been reduced to maximize his abilities. The 27-year-old posted 450 more yards than he’s ever reached in a season, scoring an historic 17 TDs on the ground in 2022. This is one offensive player the Lions shouldn’t let walk away, even if it costs them around $5M per year.

Michael Brockers (DT, 33)
Just hasn’t found the ability to get to the QB that he flashed in LA, and there’s a healthy $10M to be freed up by moving on.

Romeo Okwara (LB, 28)
He’s seen action in only 9 games over the past two seasons, and a release can clear at least $7.5M this offseason.

Already in the red, the Packers will lose another $8.7M of cap space if Aaron Rodgers is traded or retires this offseason (though a situation where he remains until June 2nd for cap purposes could be worked out). Regardless, there’s going to be a good amount of change to this roster over the next few months.

Rashan Gary (LB, 26)
He was on pace for a career year if not for a half-season missed due to a torn ACL. Combine that with a strong 2021, and it seems a lock that Gary will receive an offer at some point - though Green Bay may want to see him return to full health first. He holds a fully guaranteed $10.8M 5th year option for 2023.

Aaron Jones (RB, 29)
There’s still juice left in this tank, but with AJ Dillon heading for an expiring contract after 2023, and Jones set to account for north of $20M next season, there’s a chance the Packers look to move on. They can free up $10.4M with an early trade/release here.

David Bakhtiari (LT, 32)
It’s never easy to give up on an All-Pro caliber left tackle in this game, but Bakhtiari’s availability has become too much of a liability for this franchise. A Pre 6/1 release frees up nearly $6M, while a Post 6/1 designation will open up over $17M later in the year.

Things are about to get expensive for the 18th highest ranked spending team in 2022, as Justin Jefferson becomes extension eligible, and Kirk Cousins likely played himself into another extension this offseason. With the Packers sliding back to earth a bit, this is no time for Minnesota to take their foot off of the pedal.

Adam Thielen (WR, 33)
Thielen caught 70 balls in 2022 and still showed plenty of value as a secondary option in the Vikings’ offense, but it might just be time to get younger and cheaper here. His $12M salary fully guarantees on March 17th, so an early decision needs to be made. Moving on clears $6.4M next season.