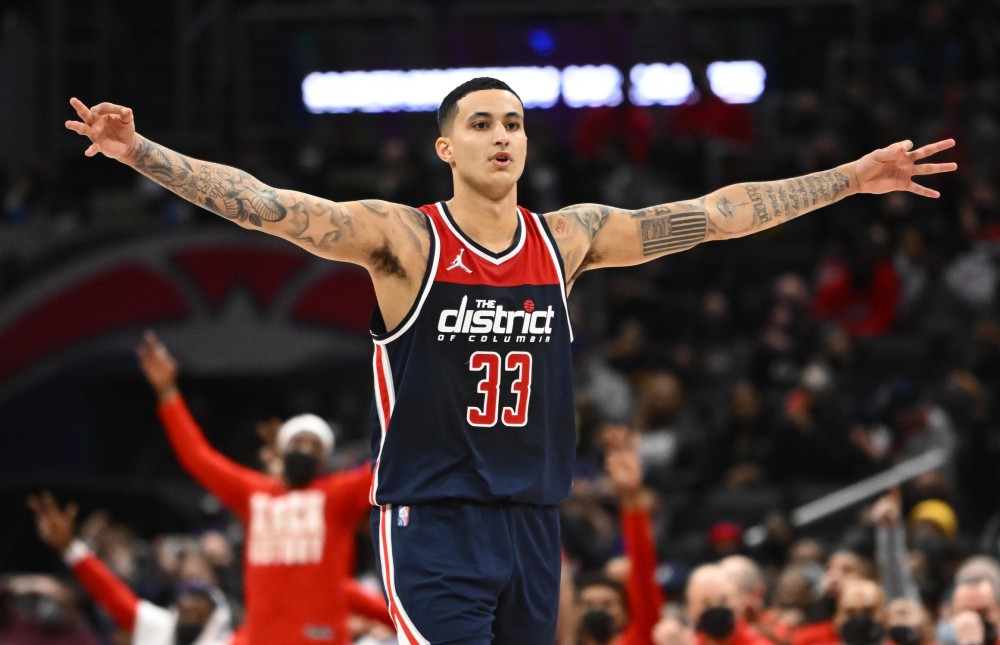 The NBA’s extension rules are broken. Not irreparably so, but they need to be fixed. Kyle Kuzma of the Washington Wizards is a perfect example.

Kuzma recently confirmed that he intends to opt out of his contract this coming offseason. That makes sense, as Kuzma is set to be paid just $13 million for the 2023-24 season. His play since being traded to the Wizards has far outpaced that of a midrange deal.

In an ideal world, Kuzma and Washington would sign an extension. However, the NBA’s current extension rules would see Kuzma leave far too much money on the table.

Kuzma currently makes $13 million in the second season of the three-year, $39 million rookie scale extension he signed with the Los Angeles Lakers in 2020. That deal is set to pay Kuzma $13 million flat per season, with the 2023-24 season being a player option.

Under the veteran extension rules, Kuzma would be able to decline his 2023-24 player option and add four years to his deal via extension. That deal would look like this:

That’s the maximum allowable 120% off Kuzma’s current salary with 8% raises off the $15.6 million first-year salary.

That’s not enough for a player who is scoring more than 21 points per game, while adding solid rebounding and passing. Thus, Kuzma is planning to opt for free agency this coming summer.

Re-signing with the Wizards as a free agent

Kuzma is going to opt out, which gives him control over his next team for the first time in his career. Because Kuzma signed only a three-year rookie scale extension, and he’s opting out after the second season, he’ll have six Years of Service. That keeps him eligible for the 25% of the salary cap maximum tier. A max deal for Kuzma with the Wizards would look like this:

That feels far too rich for a player who has never been an All-Star and will be 28 years old when next season starts.

This summer, nine teams project to have cap space. Of those nine, seven are in range to be able to offer Kuzma the maximum they possibly can. That deal would look like this:

That’s the same first-year maximum salary as Kuzma could get from the Wizards at 25% of the cap. The difference here is the deal includes 5% raises and can only go out for four years.

An AAV of $36 million still feels like too much for Kuzma. To get him to leave Washington, another team will need to offer a big contract, but it probably doesn’t need to be quite that big.

We’re going to take this option off the table, as it’s even more limiting than signing a straight extension would be. Kuzma could only add two seasons and a 5% bump over his currently salary.

To make it simple: Any team trading for Kuzma would be doing so with hopes that having his Bird Rights for a new contract in July will be enough.

One note: If Kuzma at all waffles on his commitment to re-signing with the Wizards this coming summer, Washington has to consider trading him. To get something for Kuzma vs losing him for nothing is a must.

Kyle Kuzma’s situation is an interesting one. The extension rules being so limiting take that off the table. Kuzma’s also not in a spot to land a max deal in free agency, barring something really unexpected. Finding that sweet spot in between is the key.

It’s not a lock Washington will re-sign Kuzma, as their team salary is starting to push towards the tax. The Wizards also have a new contract looming for Kristaps Porzingis, either this coming free agent period (if Porzingis opts out) or via extension or new deal in 2024 (if Porzingis opts in). Washington also gave Bradley Beal a five-year, $251 million deal that is starting to look a little shaky.

In free agency, it’s unclear if Kuzma will be a priority free agent for anyone. His scoring game could make sense for teams like the Detroit Pistons, Houston Rockets, Indiana Pacers or Oklahoma City Thunder. The latter two might make slightly more sense, The Pacers and Thunder are somewhat limited on forward talent, whereas the Pistons and Rockets have some young forwards already in place.

The Los Angeles Lakers are probably thinking bigger with their cap space, while the Orlando Magic already have a overstuffed forward position. It’s unclear what the San Antonio Spurs and Utah Jazz will be doing as this point. There’s a world where Kuzma could make sense for both of those teams too.

It’s also worth noting that the free agent crop is fairly weak this summer. Kuzma will be somewhere around the top-10 of free agents that can be reasonably expected to change teams come July.

Where does that leave him contract-wise? In a pretty good spot. Here are some players that are decent comps for Kuzma and their recent contracts:

Not all of those comps are perfect, but they’re close. On average, those players all got between $16 million and $17 million per season. That’s not all that far off what Kuzma could extend for with the Wizards. But the key differences are the weak free agent market and the changing cap environment.

In such a poor free agent class, Kuzma is poised to cash in. That will bump his value up some. In addition, in coming seasons, $17 million is going to be closer to 10% of the cap than it is the 15-20% it was for many of the above players.

Adding it all up, Kuzma should still land a four-year deal worth between $75 million and $80 million. Given he’ll be 28 years old when next season starts, Washington or a rival team would do well to structure Kuzma’s next deal as a descending contract.

Here’s what that could look like if Kuzma re-signed with the Wizards:

This version declines by 8% each season, which is the maximum allowable if Kuzma re-signs in Washington. A $16.7 million salary in his age-31 season seems fair for both Kuzma and the Wizards. It would also give Washington a little cap sheet relief, considering Beal is set to make over $57 million that season.

If Kuzma wanted similar overall money from another team, but still on a descending structure, it could look like this:

That’s roughly the same total money as Kuzma would get from Washington, but with 5% declines per season.

Either one of those setups gives Kuzma more money than the players we comped him with. That seems fair given the combination of Kuzma’s production, his age, the free agent market this summer and the continued rising of the salary cap. Of course, Kuzma could do a deal that follows the traditional structure with the lower salaries up front.

No matter the structure, as long as Washington, or any other team, keeps Kyle Kuzma’s next deal in the range of four years and $80 million, they’ll have done well.