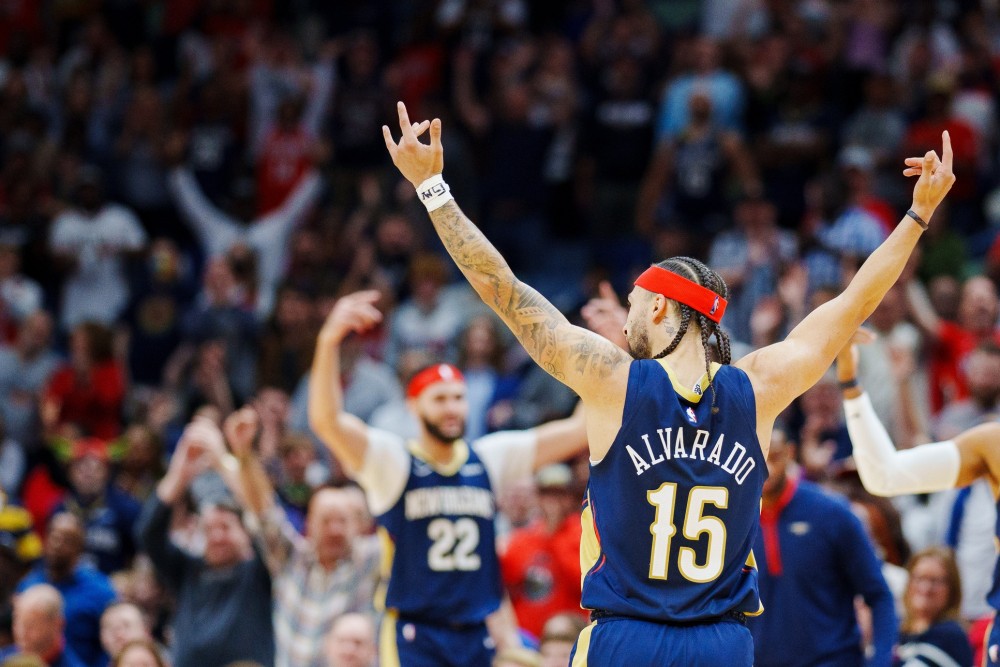 January 7 isn’t a well-known date on the NBA calendar, but it should be. Many know that on January 10, all NBA contracts become fully guaranteed. What isn’t as well-known is that in order for a team to not have a fully guaranteed deal land on their books for the rest of the season, they have to make a decision by January 7.

Teams must waive players on partial/non-guaranteed deals by January 7 in order for them to clear waivers before January 10. (The waiver period is 48 hours). Thus, while January 10 is the technical date that all contracts become fully guaranteed, January 7 is the functional deadline.

There are 27 players still in limbo before the January 7 deadline. Here are the decisions NBA teams must make. (All salary amounts reflect the player’s fully guaranteed cap hit.)

This is a true 50-50 decision. The Hawks are close to the luxury tax line, but won’t save much by waiving Krejci. And they’re already sitting on one open roster spot. The guess here is that Krejci sticks.

Atlanta made a significant investment in Martin as a 2022 second-round pick. He’s not getting waived.

When Boston traded away Noah Vonleh in a salary-clearing move, it boosted Jackson’s chances of sticking around. The Celtics aren’t exactly swimming in wing depth either. Jackson probably sticks, unless Boston really wants to play in the buyout market.

Kornet has been a regular rotation player. The Celtics figure to play it safe with Rob Williams and Al Horford the rest of the regular season. Kornet isn’t going anywhere.

Sumner’s return to the court has been a fun story. He’s also played a rotation role at times. He’ll stick through the guarantee deadline.

Watanabe has been one of the best bargains in the league, after earning a roster spot in training camp. He’ll be in Brooklyn for the rest of the season.

When healthy, Smith has been a very solid backup point guard for Charlotte. He’s sticking around.

Stevens has been a rotation guy and sometimes starter for the Cavs. He’ll be staying in Cleveland.

Brissett is a regular rotation guy in Indiana and the only true four in their rotation. He’s not going anywhere.

The Pacers are currently around $15 million under the salary floor. They’ll guarantee Johnson and if they need a roster spot, they’ll just eat his salary.

The Lakers will reportedly guarantee both Wenyen Gabriel ($1,878,720) and Austin Reaves ($1,5563,518). This makes sense as both are rotation guys. Reaves becomes a very interesting restricted free agent to monitor this coming offseason.

Green isn’t going to get waived. The real question is if Green will be part of a trade package, of if he can return from his torn ACL to give Memphis some wing depth.

Highsmith will stick around in Miami. He’s played regular minutes in Miami’s miniature and banged-up frontcourt.

The Wolves like Knight as a depth player in their frontcourt. He’ll stick around for the rest of the season.

This is a no-brainer. Nowell is Minnesota’s best reserve guard. He’s not getting waived. Nowell is also an interesting extension candidate for the Wolves.

Rivers is a rotation regular for Chris Finch. He’ll continue to be one after the guarantee deadline passes on January 7.

Arguably the biggest no-brainer on the list. Alvarado is on a steal of a deal for the Pels and isn’t going anywhere.

Arcidiacono is a favorite of Tom Thibodeau, so he’ll stick around. He’s also occasionally played when New York has dealt with backcourt injuries.

Mykhailiuk won a roster spot during the preseason, but that hasn’t translated to anything further. Even when the Knicks have been down several wings, Mykhailiuk hasn’t played. This is a tough call, but the guess is the Knicks let him go.

This is a quirky one. By not meeting games-played minimums, Isaac’s contract converted to partial and non-guaranteed years over its final three seasons. He’s still not back yet, but the Magic aren’t ready to move on either. He’ll make it through the rest of this year. Depending on how Isaac looks when he does play sets up an interesting decision for Orlando this summer.

Landale seemed like he would be waived long ago, but he’s become Phoenix’s best backup big behind Deandre Ayton. He’ll stick with the Suns for the rest of the season.

This one is tough. Mike Brown loves Dellavedova being the veteran guard with a still-young group. But the Kings might need a roster spot for flexibility during trade and buyout season. The guess is Dellavedova sticks, but could be thrown into a trade package, or waived if Sacramento makes an unbalanced trade.

Moneke hasn’t done much for the Kings. He’s shuttled back and forth to the G League a lot. But Sacramento made a decent-sized salary commitment to him. He probably sticks around.

Okpala is in a bit of a similar spot as Moneke, as far as salary-commitment goes. But Okpala sees minutes on a fairly regular basis too. He’ll stick in Sacramento.

Johnson will stay in San Antonio. The Spurs are $14.7 million under the salary floor and already have an open roster spot. With Devin Vassell out for a while after knee surgery, Johnson isn’t going to be waived.