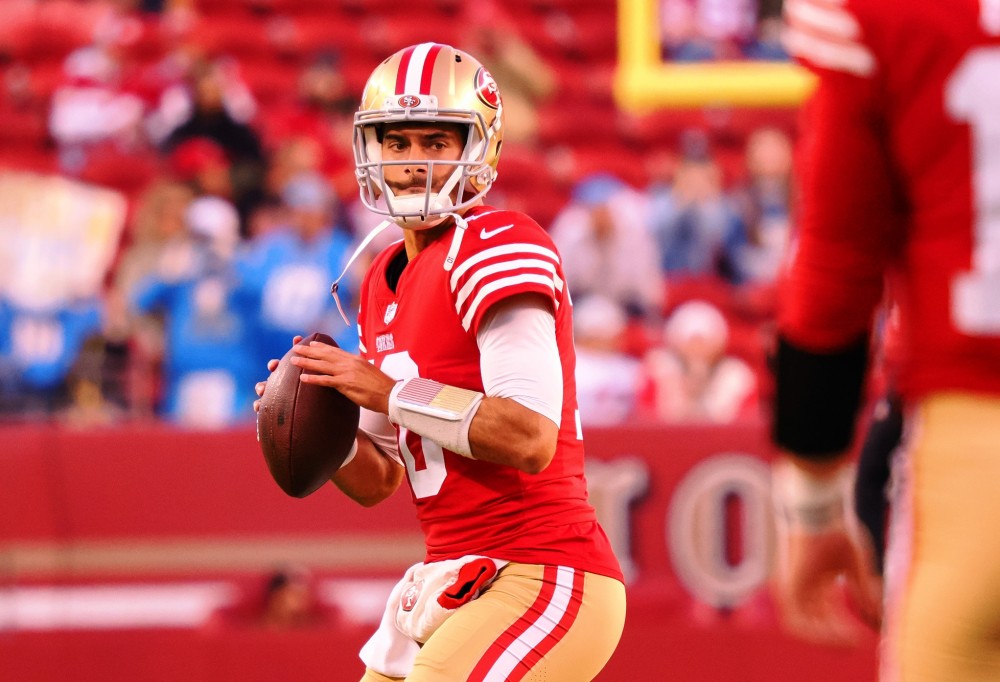 As the clock turns to December, our focus begins to shift toward the 2023 offseason, including an early look at notable players from each NFL team set to hit free agency next March.

The Cardinals' offensive line has battled injuries and father time this year. It'll be a point of emphasis this offseason, especially since the QB is locked in for $200M.

Keeping McGary in the fold seems crucial as the Falcons reconsider their QB1.

Lamar seems destined for a $40M exclusive franchise tag, while the defensive is likely in for an injection of youth this offseason.

The Bills may in fact just keep everyone. Edmunds seems a lock to return in some fashion, and Poyer's value to the defense is still at an all-time high.

Will they rip the band-aid all the way off? It's not inconceivable that Darnold returns on a team-friendly deal to bridge another transition.

The Bears turned a corner this season but still need a big-spending offseason to take the next step. Nearly every position but QB1 is on the bubble.

Will the Bengals pay to keep this secondary intact, or will they continue to replace it via draft picks?

The Browns appear poised to completely redo the interior of their offensive & defensive lines this March.

With Zeke Elliott's contract on the bubble, will Dallas replace it with a new one for Pollard, or is it a total start over at running back?

Tell me if you've heard this before: Russell Wilson needs a better offensive line & running game to improve his production.

Williams has been a vital piece to the run game and should be considered for an extension, while most of Detroit's offseason will focus on a defensive rebuild.

Most of the weapons, the QB1, & the Left Tackle are all major question marks heading into the offseason.

With eyes on the #1 pick and another Top 10 pick next year, the Texans will be looking to build this thing up quickly. Generally that comes with an expensive bolstering of the offensive line, a much expected outcome this spring for Houston.

Indy's loaded with big contracts, but keeping Ngakoue seems vital - despite his likely price point. A weapon or two are certainly on the docket this March.

The Jags turned a corner in 2022, especially offensively. Smoot's price point may surprise some, but he's excelled on the edge.

Orlando Brown hasn't produced as a market resetting left tackle, but the Chiefs may need to comply - unless a 2nd franchise tag ($19.9M) is in the cards.

Jacobs' value has skyrocketed this season, and he may be looking for a fresh start with that payday. Moreau should be paid as if he'll be replacing Waller soon.

The Chargers offseason outlook is fairly quiet, outside of that whole $300M extension forthcoming to Justin Herbert.

Rapp has been an excellent run-stuffing defensive back, but will the Rams continue to pile on contracts in their current state?

Gesicki doesn't seem long for this roster in 2023, but Jeff Wilson can certainly play himself into an extension by the time 2022 is said and done.

Bradbury, Peterson & Tomlinson have all played themselves into the extension candidate mix, or nice free agent deals.

Harris seems a lock to find a new home for 2023, while the Patriots may need to overpay to keep CB Jones off the open market.

Will the Saints keep trying to patch this thing together? Harty should be a key versatile weapon signing for a 2023 contender, while productive DT's are now back in demand.

The QB1, RB1, & current WR1 are all set to hit the open market this March. It's realistic that all three walk.

The Jets turned a corner in 2022 and should continue to upgrade via all channels. Will they give Mike White a Jameis Winston type deal to compete for QB1 next year?

Gardner-Johnson was one of the best safeties in the NFL before his injury, and he'll be paid like it this march. Philly's defense has expiring contracts all over the place.

Sutton probably played himself into an extension, but a lot of Pittsburgh's defense will be addressed in 2023 - but not before the offensive line is.

The rumblings of a Jimmy G return for 2023 are already picking up steam, and rightfully so. How many of these expiring contracts can they feasibly retain?

It's hard to imagine Geno Smith playing anywhere else in 2023, but in what manner he returns is worth following. Seattle will be in on every available pass rusher this spring (especially at the top of the draft).

Brady's tenure in Tampa seems over, but is his NFL career? Keeping David in the fold seems vital if the Bucs bring in a vet QB to try to keep this ship afloat.

It seems more and more likely that Ryan Tannehill gets one more year with the Titans, so upgrading elsewhere should very well be on the table.

The Commanders D (even without Chase Young) has held the fort down, putting Payne in a big-time extension window. Will Heinicke score a Blake Bortles type extension to man the ship a little longer?