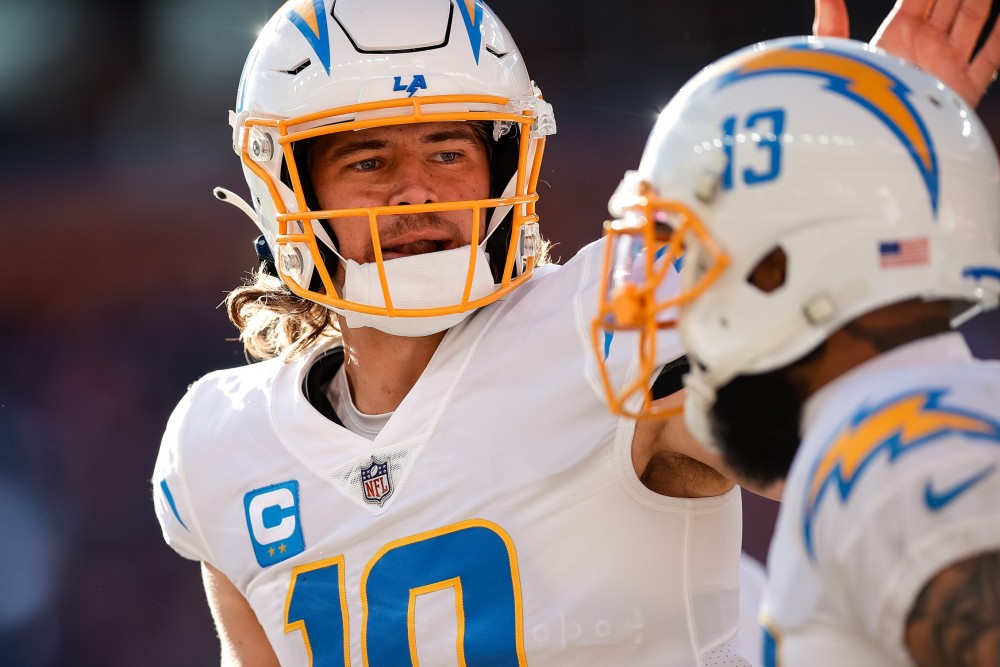 Sources close to me confirm that Year 1 of the Russell Wilson experiment has failed. Out goes the coaching staff, out go a few current players, but this will be a systematic change much more than a roster construction change for the next few seasons.

Jerry Jeudy (WR, 23)
Jeudy put together his best statistical season (67 catches, 972 yards, 6 TDs) just in time to become extension eligible for the first time in his career. His rookie deal contains 1 year, $2.6M (guaranteed) plus an option for 2024. He projects to a 4 year, $80M deal in our system right now.

Graham Glasgow (OL, 30)
He’s a serviceable and versatile offensive lineman, but with $11M of his $14M cap hit available to be cleared, he’ll sit on the bubble until further notice.

The Chiefs sit atop the AFC yet again, but that doesn’t exclude them from some serious offseason questions around the corner at the left tackle, wide receiver, and cornerback positions to name a few.

Chris Jones (DT, 29)
Jones enters a contract year, having done Jones things once again in 2022, set to carry a $28.2M cap hit for the 2023 season. The Chiefs want to lower that hit (and presumably keep him for a few more seasons). Just based on math, Jones projects to a 4 year, $120M extension in our system.

Frank Clark (DE, 29)
Clark restructured before the 2022 year to stick around, and he played well enough to at least consider doing that again. But with a $31M cap hit versus $9M of dead cap to boot, we’ll error on the side of $22M in savings for now.

Clyde Edwards-Helaire (RB, 23)
CEH carries a fully guaranteed $2M in 2023 (his 5th year option is certain to be declined this May), which should be plenty tradable to a team in need. KC can free up $1.5M by trading him at any point in time this offseason.

The Derek Carr era is over, despite a core group of contracts signed in the past 18 months (including his). This team is too pot invested to wait for a young QB to grow into it, do they have bigger (older) plans?

Foster Moreau (TE, 25)
Moreau has been a stable TE2 for this Raiders team, but with Darren Waller’s inconsistency and health issues, LV should be ready to treat him as more than that (and Waller’s replacement for 2024).

Before we get to adjustments on the roster, are we positive the coaching staff is safe for 2023? Once that question is answered, Justin Herbert will need $150M guaranteed.

Justin Herbert (QB, 24)
A big playoff run could sweeten this pot even more, but Herbert is now extension eligible for the first time, and seems a slam dunk to lock in a $40M + deal this spring. He projects to a 6 year, $255M extension in our system.

Gerald Everett (TE, 28)
Everett is a nice fit for this offense, and his $8M cap hit for 2023 isn’t too daunting, but with $4M to be freed up, the Chargers might take a chance on bringing him back cheaper.