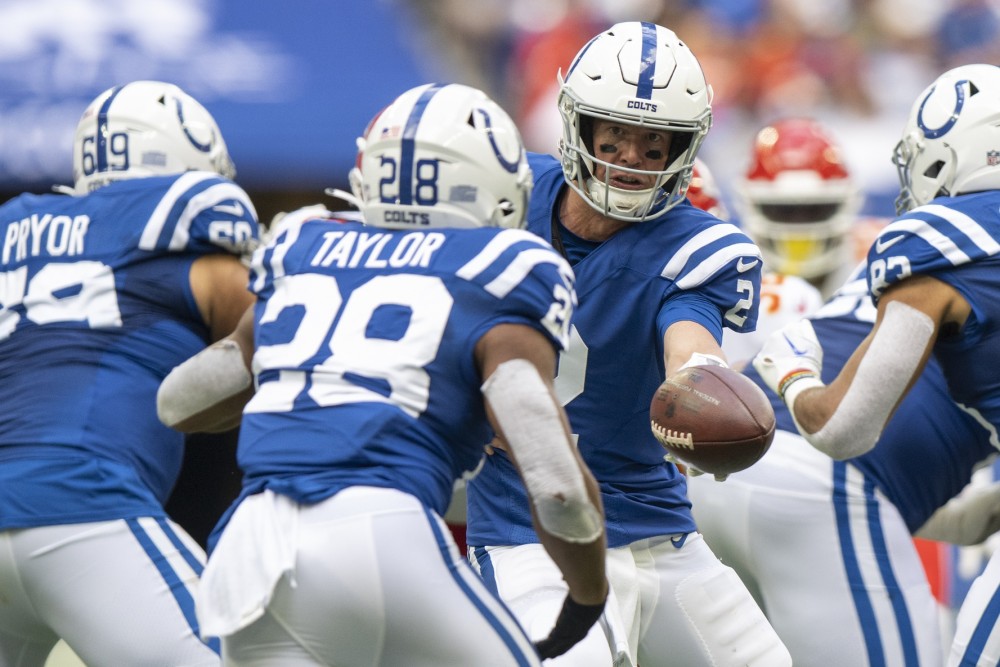 If the Texans are lept in this April’s draft by a team who takes the QB they should have taken, the Week 18 win against the Colts will haunt this franchise for years to come. There’s a lot of work to be done on this roster, and this still might be a year of subtracting (Cooks) before adding too much.

Tytus Howard (RT, 27)
Set to play on a fully guaranteed $13.2M 5th-year option salary in 2023, Howard has played well enough to warrant a multi-year extension. Bolstering the O-Line should be a priority with a shiny new QB coming to town soon.

Brandin Cooks (WR, 30)
He’s already started saying his goodbyes, despite signing a 2 year, $40M extension 9 months ago. Cooks will demand a trade out of town this March, leaving behind $16.2M of dead cap to the Texans (saving $10M). He’ll bring a 2 year, $35M contract, including $18M fully guaranteed in 2023, with him to a new franchise.

The Colts have a chance to package together a trade that can send them to #1, taking away the top QB in the draft from division foe Houston. Indy should be seeking out pass rushers, interior offensive linemen, and more than a few offensive weapons this offseason.

Jonathan Taylor (RB, 24)
No, it wasn’t neary the season we saw from Taylor in 2020 or 2021, but injury, coaching changes, QB changes, etc… all factored into a weird offensive season for this entire franchise. The bottom line is, this team is better with Taylor on it, and he enters a contract year in 2023, set to earn a non guaranteed $1.6M. Nick Chubb’s $12.2M per year deal is the floor.

Isaiah Rodgers (DB, 25)
He’s given snaps at both safety and cornerback across 3 seasons and enters a contract year in 2023, set to earn a non-guaranteed $1M. Locking in a versatile defensive back early rarely hurts teams.

Kenny Moore (CB, 28)
We’d characterize this release “unlikely” right now, but a new coaching staff might look at the $7.4M of cap and cash to be saved differently. Stephon Gilmore’s $12M+ should also be in consideration, but he played extremely well across 2022.

Nick Foles (QB, 34)
$1.5M of Foles’ 2023 salary is fully guaranteed, which signals he’ll stick around as a backup next season - but Matt Ryan has $12M fully guaranteed. If the Colts draft a new QB this offseason, something is likely to give here.

After a big offseason of spending, and a proven coach hire, 2022 probably went exactly as the front office hoped and planned. Now it’s about finding those last few puzzle pieces to take them into true AFC contention. Calvin Ridley is a good start, but a versatile safety and more help on the interior of the offensive line should be priority as well.

Allen enters a contract year in 2023, set to play out a fully guaranteed $10.8M 5th-year option salary. He’s posted back to back 7+ sack seasons, adding 4 forced fumbles into the mix in 2022. Matt Judon’s 4 year, $55M deal in New England is a solid floor here.

Still a solid player, but a back injury has him out indefinitely. It’s something to watch, as $4.5M of his 2023 salary is guaranteed for injury, becoming fully guaranteed on March 17th. If he passes a physical and the Jags move on, there’s $13.5M to be freed up.

Tennessee spent the 12th most cash in football this year and is currently set to be 9th in 2023. Are they too pot committed to rip this band-aid off, even if the play on the field suggests they should? Unless something falls into their lap, Ryan Tannehill is probably the Week 1 QB for this organization.

Jeffery Simmons (DL, 26)
Holds a fully guaranteed $10.7M 5th-year option salary in 2023, and should be the next defensive player to cash in big. He’s had back to back identical seasons for the Titans, but lacks the bigtime numbers that might put him in the Myles Garrett/Aaron Donald world financially. He projects to a 4 year, $86M extension in our system.

Derrick Henry (RB, 29)
Who says running backs can’t play after age 27? Henry compiled 1,936 yards from scrimmage this season. While his 6 fumbles are alarming, it seems inconceivable that Tennessee would even consider moving on right now, in which case his $16M+ cap hit for 2023 needs to be addressed. The Titans can process a simple salary conversation to lower the hit - or tack on a few seasons and restructure the contract altogether.

This one seems inevitable as the former #11 overall pick enters a contract year in 2023, and his entire $14.8M cap hit can be cleared via release.

Woods has a non-guaranteed 3 year, $47M remaining on his contract, so his stability is going to be limited from here out. His production aligns more with a WR3 than it does a $15M+ receiver right now, and the Titans can clear $12M with an early trade or release.