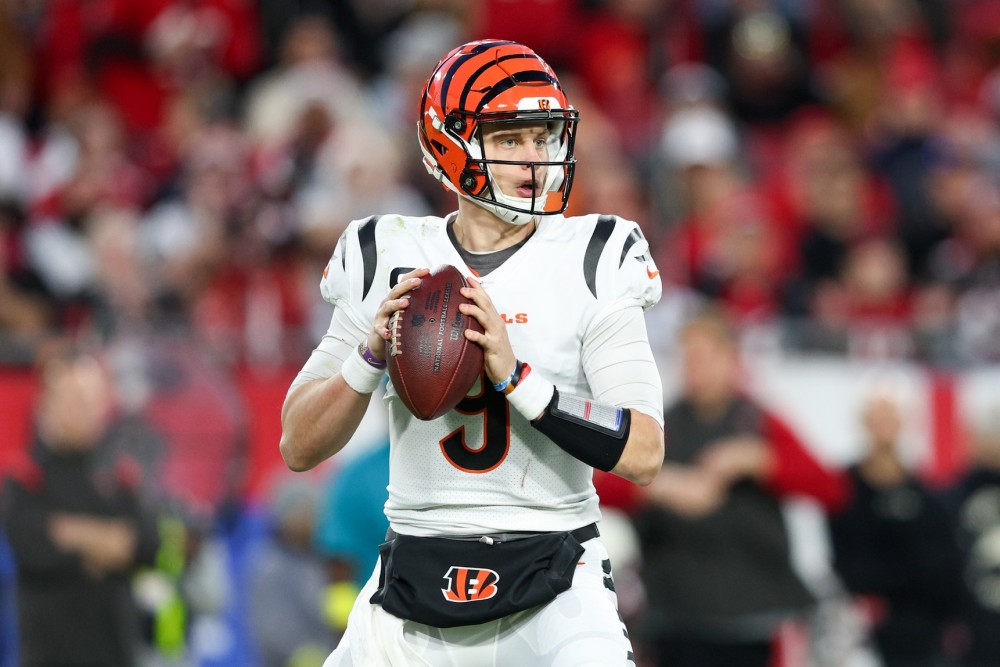 Our NFL Offseason series continues with analysis for each team’s notable free agents, projected financials, & a few extension or roster bubble candidates heading toward the offseason.

$48M of cap space doesn’t look so great when you factor in a $45M exclusive franchise tag for Lamar Jackson. His status remains the single offseason story for this franchise, until it isn’t.

Lamar Jackson (QB, 26)
Will this finally be the offseason that a multi-year extension gets done? Is Lamar still seeking a fully guaranteed contract? Do the two sides even want to continue this relationship any further? All valid questions right now, but assuming all is well and money is money, Lamar projects to a 6 year, $245M extension in our system.

Chuck Clark (S, 27)
Still a strong player (especially against the run), but youngster Kyle Hamilton should be ready to take over here, and the Ravens can free up $3.64M of cap by moving on.

Joe Burrow (QB, 26)
Burrow is now extension eligible for the first time in his career, despite 1 year, $5.5M + a 5th year option still remaining on his rookie deal. He projects to a 6 year, $244M contract in our system, but a sniff at another Super Bowl could leave $44M per year in the dust.

Tee Higgins (WR, 24)
Higgins enters a contract season in 2023, set to earn a non-guaranteed $1.8M. Despite being the clear 2nd option in this passing game, he’s found his way to a $20M projection in our system.

Tyler Boyd (WR, 29)
Higgins’ payday may mean an early exit for Tyler Boyd, who slipped a little bit more down the depth chart in 2022. The $8.9M to be saved by moving on will certainly come in handy elsewhere, but he’s been a valuable member of this offense for 7 seasons.

Changes are coming to this roster (and coaching staff), but a full offseason/season for Deshaun Watson should settle the offense down a bit next season. The defense disappointed in 2022 and could be picked apart this March.

Amari Cooper (WR, 29)
Cooper did was he was brought in to do - establish himself as the true #1 passing game option week in and out. He’s not a top-tier WR anymore, and his pay should reflect that, but Cleveland can tack on a few years to his 2 year, $40M remaining, while also significantly lowering his $23M cap figure for 2023.

John Johnson (S, 28)
He’s still filling up the stat sheet with tackles and an occasional turnover, but this Browns secondary greatly disappointed in 2022, so a shakeup of some fashion seems imminent. Johnson will need to be designated a Post 6/1 release before March 17th to free up $9.75M of cap.

The Steelers flat out over achieved this season, and were a few bounces away from earning a postseason berth at the last minute. Kenny Pickett probably did enough to get a full look in 2023, giving Pittsburgh the freedom to continue pumping capital into the offensive line and into the middle of their defense.

Alex Highsmith (LB, 26)
More than doubled his previous career production in 2022, compiling 12 sacks, 55 tackles, and 5 forced fumbles in 16 games. He enters a contract year in 2023, set to earn a non-guaranteed $1M in the final season of his rookie contract. He projects to a 4 year, $55M contract in our system.

William Jackson (CB, 31)
Acquired from Washington at the deadline, Jackson hit the IR before the Steelers could get a sense of his fit in their system. His $12.75M salary for 2023 is probably too rich for a ‘maybe’ situation, and Pittsburgh can free up every dollar for cap purposes by moving on.

Mitchell Trubisky (QB, 28)
With Pickett cost-controlled, Trubisky’s $8M salary ($10.6M cap hit) might not be too much of an overpay, but it’s still likely that Pittsburgh releases him out of this deal, frees up the $8M of cap, and then works to resign him to a more prudent backup contract if they desire.