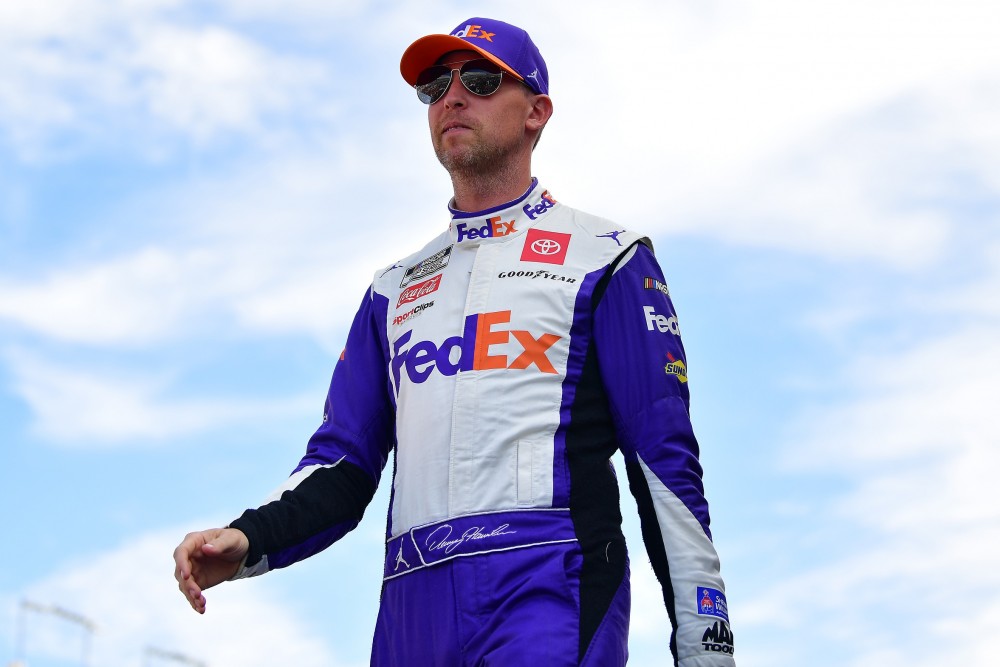 The 2023 NASCAR season (the 75th Anniversary season!) is right around the corner. So let’s take a look at the upcoming 2024 NASCAR Cup free agent class headlined by names such as Denny Hamlin and Ross Chastain.

McDowell has been with Front Row Motorsports since the 2018 season and it was announced in December 2022 that McDowell would return to the #38 car for the 2023 season. McDowell has continued to get better each year while driving for FRM. His Top-10 finishes and average finishes have improved and it appeared that McDowell was in almost every race in 2022. McDowell seems to have found his groove with FRM, but if he continues to have success in this later part of his career will a bigger named team come calling?

The 2022 season was Gilliand’s rookie season and he did not disappoint when you combine that he was a rookie and it was the first season of the NextGen car. Gilliland ended the season with a Top-5 and two Top-10 finishes. I think we can expect more out of him in the 2023 season and if he continues to show progress and growth FRM might just lock him up for the 2024 season sooner than later with the potential of a lot of 2024 seats being open.

Alex Bowman signed a two-year contract extension in the middle of the 2021 season, extending his contract through 2023. Bowman is in an interesting situation as he is the only driver with Hendrick that is not currently locked into a multi-year contract; Kyle Larson (thru 2026), Chase Elliott (thru 2027) and William Byron (thru 2025) were all extended during the 2022 season. According to Bob Pockrass, Bowman doesn't want to go anywhere else but Hendrick and negotiations are currently happening. So perhaps it's only a matter of time before this extension happens, but for now Bowman could still be a free agent in 2024.

Denny Hamlin has been driving for Joe Gibbs Racing for as long as we can remember at this point (2005 to be exact). He most recently signed a contract extension prior to the 2021 season. This might be the most interesting free agent going into the 2023 season on the heels of the Kyle Busch/JGR contract situation from last season. Hamlin struggled during the 2022 season having a career worst average finish of 15.5 since 2013, and “just” 10 Top-5 and 16 Top-10 finishes which have been career lows over the past eight seasons. So is that one-year struggle or dip in performance cause for concern that JGR would choose not to retain/extend Hamlin before the 2023 season is over?

According to Bob Pockrass, Hamlin feels confident that a deal is likely to get done; however, it could take a few months due to logistics that need to be put in place because of him being a driver and the owner/JGR-alliance that is already in place. As we all know a lot can happen when too much time passes, so until that deal is truly locked up Denny Hamlin will remain a top 2024 free agent.

Truex Jr., who has been with JGR since 2019, seems to have rumors each season on whether or not it will be the last of his career; however, he still continues to perform year in and year out. While the 2022 season was not Truex Jr’s best season in the most recent years, he just nearly missed the playoffs on points. There is obviously still something left in the tank for him to compete, the question is just how much is left and will he use it with JGR or another team in 2024?

Justin Haley has been a full-time Cup driver with Kaulig Racing since last season. Haley has shown some promise and some flashes having earned three Top-5 finishes in the 2022 season. Haley is likely to be on a year-by-year contract basis unless he can take massive steps to prove he can be a consistent contender year in and year out.

Noah Gragson moves from the Xfinity Series to the Cup Series for the 2023 season. While he is on a one-year contract to start the season, he is going to be able to learn from Erik Jones and the new co-owner and part-time championship driver Jimmie Johnson. If he shows and proves what he truly can do on the track it is likely that LMC locks him up for the 2024 season sooner rather than later.

Spire Motorsports announced that LaJoie would be returning in October 2022 who he has been racing for since 2021. While LaJoie’s racing stats have been consistent while joining Spire, there hasn’t been anything to write home about (outside of a career-first Top 5 finish) which is why LaJoie’s contract status seems to be on a year-by-year basis right now.

Ty Dillon comes over to Spire Motorsports from Petty GMS (now Legay Motor Club) on a one-year contract. The Dillion signing was announced alongside the announcement that Corey LaJoie would be returning. It seems that like LaJoie, Dillon will be on a year-by-year basis for the foreseeable future.

Is Chase Briscoe the future of Stewart-Haas Racing? With Kevin Harvick recently announcing that he will be retiring at the end of the season, and Aric Almirola’s wishy-washy drive status moving forward (see more below), is Briscoe primed to cash in with a contract extension with SHR or could we see him driving for a different team in 2024? Briscoe has shown promise and growth having won a race locking himself into the playoffs and reaching the Round of 8 in 2022, in addition to achieving six Top-5 finishes and ten Top-10 finishes.

Almirola’s situation has been interesting none-the-less. He announced prior to the 2022 season that he was going to retire at the end of the season. By August 2022, Almirola pivoted and announced he was not going to retire after all and would return for one more season and his primary sponsor Smithfield was going to return as well. Rumors reported Almirola signed a two-year contract extension in August, but recently has been listed as a 2024 free agent. Furthermore, Almirola’s last two seasons statistically have not been on par with how he has performed from 2018 to 2020. Will Almirola retire or decide to drive in 2024? Only time will tell, but then again he might change his mind again.

The #41 car seat was hotly contested within SHR, per reports. It sounds like some wanted Cole Custer to remain in the #41 car, while others wanted to give Preece a shot. This is likely to be a one-year prove it season, but if he comes out and performs well out of the gate (especially if he’s outperforming what Custer did in 2022) it would not be a surprise if Preece gets the nod for the 2024 season by silly season time.

Ross Chastain announced he was signing with Trackhouse Racing in August 2021. He truly made a name for himself during the 2022 season (good or bad) by having a career year on the track. Ross won his first Cup race ever in 2022 at COTA and then followed it up with his second Cup win ever at Talladega, in addition to career numbers for laps led, average start and average finish. Of the 36 races, Chastain was Top-10 in 21 races. Chastain will be a sought-after driver if Trackhouse doesn’t lock him up to contract extension.

Suarez joined Trackhouse Racing for their inaugural season in 2021. He has competed and continued to grow as a driver since joining the team. Suarez had a career season by earning himself and team a spot in the playoffs having earned his first win ever in a Cup car, a career best 13 Top-10 finishes and by far led the most laps of his career. Will Trackhouse continue to grow and win with Suarez or will they pivot going into 2024?

Harrison Burton joined Wood Brother Racing and competed as a full-time rookie in the 2022 season. He showed promise with some Top-20 finishes, but he finished with one Top-5 and two Top-10 finishes. Burton seems to be on a year-by-year basis when it comes to his contract for the time being.